Praying at the Kotel…

Israel is one of the smallest countries on earth…but has some of the greatest impactfulness!
See The Video

Many people ask, “With all the problems in the Middle East how safe is Israel?” Watch this video to learn the answer…
Israel Is Safe

The Most Important Video About Israel

Jeremy Gimpal explains the history and importance of Israel today…

Can ancient prophecies about Israel be true? Is the Bible true or relevant today?
This video will put those questions to rest!!

There are many voices today crying out against Israel. With the Boycott, Divest and Sanction Movement running rampant in this world there are not that many voices saying, “Wait! Look at the Real Israel!”.

It is our hope that this will be that voice. Though we be small in these pages it is our desire to, in the coming days, speak some sense into all the craziness circling the subject of Israel.

For our friends please speak up with additional thoughtful, truthful points on behalf of Israel…and please be respectful.

For those who do NOT consider themselves Friends of Israel please take the time to listen with an open mind to another viewpoint…and please be respectful!

We welcome everyone’s respectful input…and reserve the right to stop you if you are not respectful in your approach!

Thanks for stopping by and we truly hope to bring clarity to the too often distorted story of Israel!

Nir Orbach wishes to form an alternative government; Netanyahu says the Bennet-Lapid government is “on its death bed” 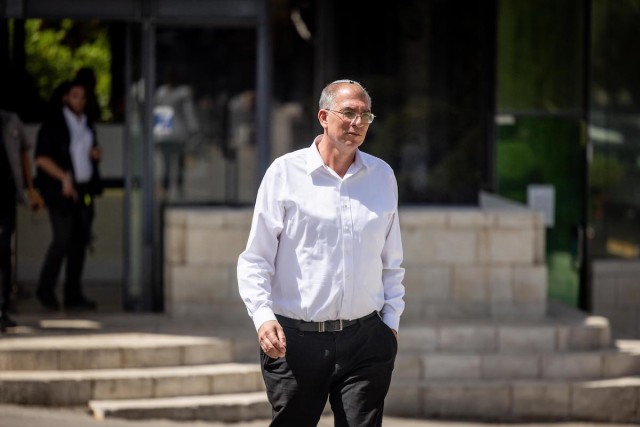 The Israeli government took another step closer to collapse on Monday when Knesset member Nir Orbach announced he will no longer vote with the coalition, casting a big shadow on the fate of Prime Minister Naftali Bennett’s government.

Orbach is a member of Bennett’s Yamina party and has been considered a close ally of the prime minister. In their highly anticipated meeting on Monday, Orbach told the Israeli premier that he no longer sees himself as part the governing coalition and would not vote along with it – not until an emergency bill that regulates Israel’s rule over the West Bank is passed.

“The coalition cannot continue to exist as it is currently led,” Orbach said in a statement criticizing the government.

He said it was wrong to rely on the votes of the Islamist party, Ra’am.

Last week, the coalition failed to pass the critical bill due to objections by Arab members of the coalition, Mazen Ghanaim (Ra’am party) and Ghaida Rinawie Zoabi (Meretz party). Orbach referred to them in his statement as “extremist, anti-Zionist elements” that are holding the coalition hostage.

Without Orbach, the ruling bloc in the Israeli Knesset drops to 59 seats in a parliament of 120, making it almost impossible to pass any legislation under the current circumstances.

Addressing a special plenary session, Bennett warned that the government may only survive a few more weeks.

“We have a week or two to settle the problems in the coalition and then we can last a long time to continue the good we are doing,” he said. “But if we don’t succeed, we won’t be able to continue.”

If there is a silver lining for Bennett, it is that Orbach opposes going to elections. He said he would not vote for dissolving the Knesset in the upcoming week, maybe even longer, according to sources quoted by The Jerusalem Post.

Orbach vowed to work to form an alternative government with a “patriotic spirit” in the existing parliament. To that end, he is expected to meet with Justice Minister Gideon Sa’ar, who heads the right-wing New Hope Party and is rumored to be in talks with Netanyahu.

The opposition leader and former prime minister told his faction on Monday that the Bennett-Lapid government “is on its deathbed, receiving artificial resuscitation.”

Speaking to the 36th Knesset on its one-year anniversary since the swearing in of the current coalition, Netanyahu added that “one after another, they’re abandoning the sinking ship.”

Orbach is the third member of Bennett’s Yamina party to no longer vote with the coalition, following the departures of Idit Silman and Amichai Shikli. The prime minister’s inner circle recently saw a similar wave of staff resignations, moves that are publicly seen as further undermining his leadership.